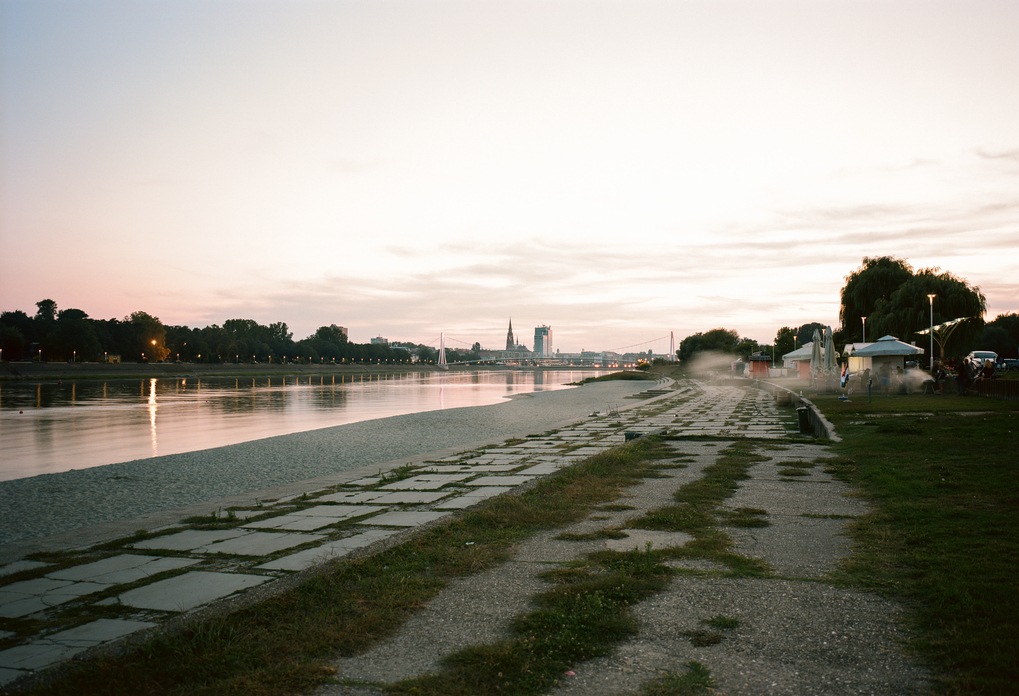 Ask people if they’ve been to Croatia. They recount tales of sailing around islands, exploring Dubrovnik, or relaxing on the beaches. For generations, the Croatian coast has attracted visitors from all over the world. I would like to draw your attention to Osijek, a city in the continental region.

Located in the eastern part of Croatia, sharing borders with Serbia, Hungary, and Bosnia, Osijek is the capital of Slavonia and the fourth-largest city in Croatia, with a population of 100k in 2022. From Roman to Austro-Hungarian influences, the city offers arguably one of the best continental scenic views and cuisines in Croatia.

In 2021, I found that there were very few guides on what to do in Osijek. As a native Osječanin, I wanted to make a quick guide that needs to follow these criteria:

The pedestrian bridge over the Drava River in Osijek was built in 1981. This bridge connects the city center with the recreational center on the left bank of the Drava. It is one of the most famous and beautiful symbols of the city. The bridge offers the most spectacular views of the city, and it’s one of the most instagrammable touristic sights in Osijek.

When crossing this bridge from the direction of the center, you can walk along the promenade, visit the ZOO, or the largest skate park in the region, and take a swim at the famous continental beach, Kopika. It also has a unique look throughout Croatia.

Pro-tip: My recommendation is to arrive for sunset/sunrise/nighttime to see spectacular colors and views from the bridge.

Fun Fact: Near the Pedestrian bridge, there was “The Suleiman Bridge“. The bridge had an important role during the Ottoman-Habsburg wars until it was finally burnt down in 1686. You can read it more here.

Tvrđa (Citadel) is the old town of the city of Osijek in Croatia. It is the best-preserved and largest ensemble of Baroque buildings in Croatia and consists of a Habsburg star fort built on the right bank of the River Drava. In the present day, Tvrđa is the main center for nightlife, restaurants, schools, restaurants, and museums.

This area of the city is a bohemian paradise during the day, full of universities, restaurants, and cute pubs. After roughly 9 pm, some pubs/cafe bars become nightclubs. I wish I could remember how many nights I spent in Tvrđa drunk dancing, singing, and partying.

Here is a small list of what to see/do in Tvrđa:

Fun Fact: In the 19th century, a cannonball was accidentally fired from the Tvrđa, which flew more than a kilometer between the Tvrđa and the Upper Town and hit a very inconvenient place, the County Palace in Županijska Street, where it is still located today.

Many stories exist about why this might have happened, but nobody can guarantee it’s true. There are two reasons why the event shouldn’t have happened:

3. Explore the Neighborhoods by Bike

Are you a bike nerd? Do you like exploring a city on two wheels? Then this is the right city for you. Almost any local will suggest riding a bike in order to get a feel for how the city functions and breaths.

The city is well-known for its 17 parks and dedicated bike lanes. Osijek, as the city with the most kilometers of bicycle routes, is the king of cycling tourism in Croatia. As many as 40 km of trails is the best invitation to explore the city on two wheels. Osijek is the green capital of Croatia.

My recommendation would be to start from Ante Starčević Square and create your own route that is suitable for your fitness level. The longest route that you can take is around 40 km. I will also suggest creating a route through apps like MapMyRide or Strava.

All the info about bike rentals can be found here. The bike rental information website is in Croatian and there is no English version available. Use Google Chrome to translate the text automatically, or right-click to translate.

Here is a small list of where to cycle:

In the last decade, there has been a craft beer revolution and many breweries and pubs have popped up throughout the world. As well, Osijek offers a wide selection of craft pubs. I would recommend trying the local craft brewery “Mali Div” and my personal favorite from them is Cincilator.  If you prefer lager-like beer, try Osječko, our oldest beer.

My friends and I created a pub crawl route last year that involved walking and visiting most of the craft breweries. Here’s how we did it:

Fun Fact: Osječko is the first Croatian beer ever produced, and has been produced since 1697. The main factory is located in Osijek, from which the beer got its name.

This gem has been overlooked by tourists. Located on the Southside of the city. Over the years, these walls have been used for artistic expression by artists. The length of the walls is roughly 700 m covered in beautiful graffiti.

The “Graffiti walls” are accessible for drivers, cyclists, walkers, or if you take a tram/bus from the city center. You can find the location here.

Osijek is particularly famous for its Secessionist architecture, very popular throughout the former Austro-Hungarian Empire. Most palaces on European Avenue are today mostly used as office spaces, museums, libraries, post offices, and local government buildings. This place is a must on the list to see.

Pro-tip: Take a walk along European Avenue and grab a coffee in some Bohemian café bars.

It is one of the most beautiful European promenades along the river. There are many cafés and restaurants along the Promenade, which offers a stunning view of the city. The promenade starts in Donji Grad (Downtown) and ends in Gornji Grad (Upper Town). By crossing the pedestrian bridge, you can either walk left to visit the Zoo or go right to see the largest skate park in the region and the most popular beach in Osijek, Copacabana.

Following your exploration of European Avenue, head straight to Korzo (most famous for its 80s nightlife) in order to reach Ante Starčević Square. You will find that locals are colloquially referring to Trg (“the square”) not Ante Starčević Square. The square has the shape of an isosceles right-angled triangle.

Do you remember what I mentioned at the beginning of this post? Slavonia and Baranja have some of the best food in Croatia. They combine Austro-Hungarian oriental cuisine with indigenous Croatian flavors. Slavonians are the biggest paprika fans in the whole of Croatia.

The most famous food here is cooked in small pots: fish and meat stew with paprika, as well as spit roasts of all sizes, from small spits for grilling carp.

Here is a list of food you have to try when visiting Osijek:

I want to thank you for taking the time to read this post and for supporting this website. It is impossible to cover everything that Osijek offers. In that case, here are a few bonus tips when visiting Osijek: 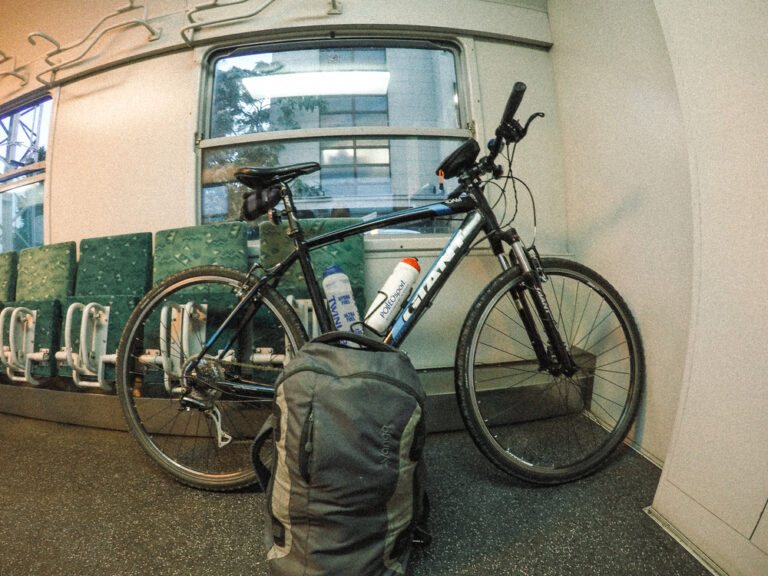 After a long bike ride today, I thought of past bike trips. It reminded me… 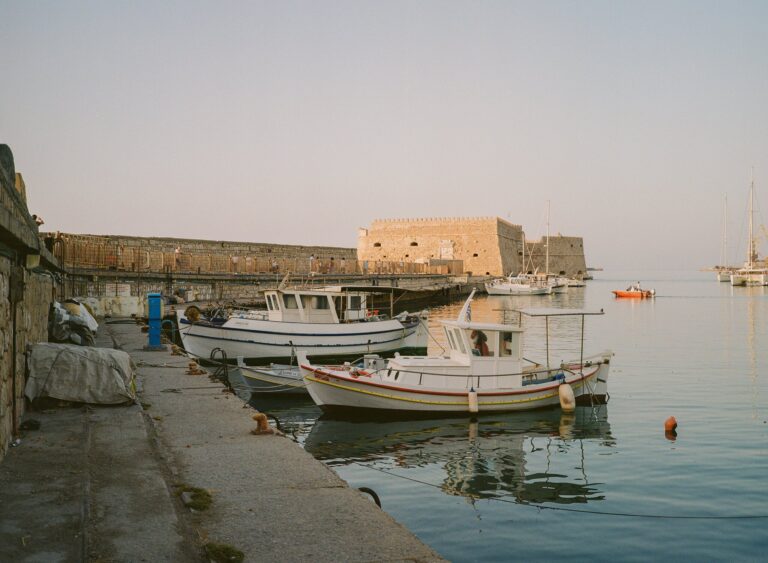 Looking back on the previous trips I always loved to explore random neighbourhoods. It’s always…

In the summer of 2014, I packed my stuff and moved to Ireland. Since then, I have cycled over 30000 km, visited 17 countries, and discovered the joy of film photography. These are some of my stories and photos.